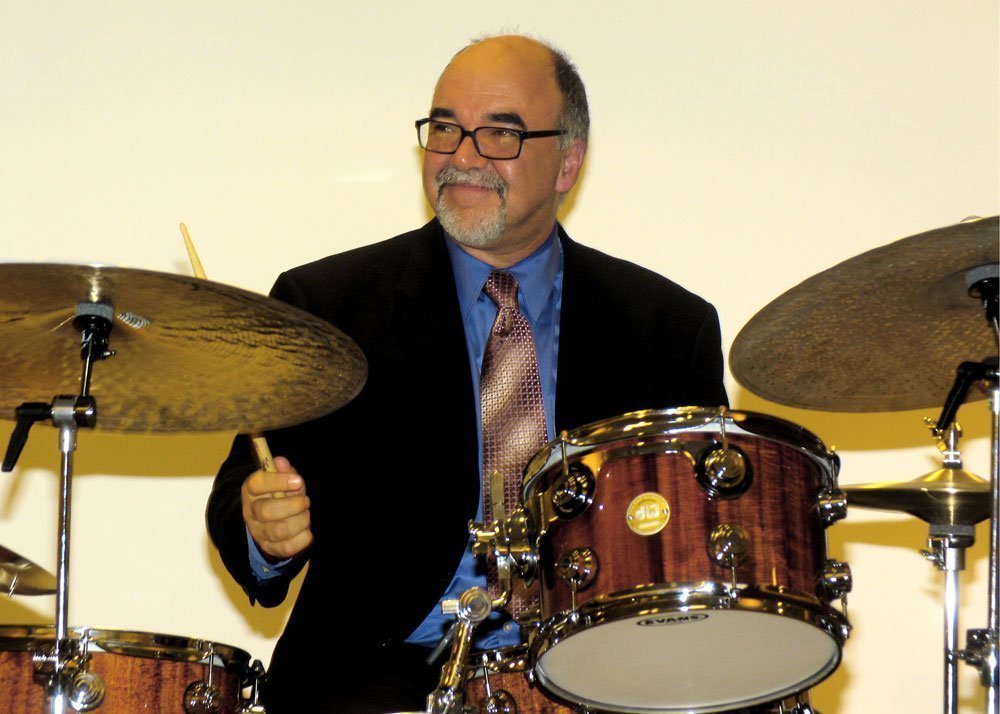 Peter Erskine was born in Somers Point, New Jersey, U.S.. He began playing the drums at the age of four. He graduated from the Interlochen Arts Academy in Michigan, then studied percussion at Indiana University.

His professional career started in 1972 when he joined the Stan Kenton Orchestra. After three years with Kenton he joined Maynard Ferguson for two years. In 1978 he joined Weather Report, joining the legendary Jaco Pastorius to form a formidable rhythm section. After four years and five albums with Weather Report and the Jaco Pastorius big band Word of Mouth, he joined Steps Ahead. His big band recordings with the Bob Mintzer Big Band are excellent modern big band jazz/funk performances studied by many students of drums and drumming.

His music-style spanning talent also features on Kate Bush‘s 2005 album Aerial, where Erskine teams with bass player Eberhard Weber. Diana Krall, Eliane Elias, Queen Latifah and Linda Ronstadt among many more still choose Peter for his multifaceted musicality. Even Scottish and Finnish Classical Orchestras have had him as a featured musician.Today, Erskine splits his time as a musician and that of a professor at the Thornton School of Music at the University of Southern California.

In 1983, he performed on the Antilles Records release Swingrass ’83.

In 2011 he appeared on stage at the Royal Opera House, London in the new opera Anna Nicole.